HATS OFF: how to wear a hat

Of all the fashion trends from the 20th century, it seems like hats for women have taken a backseat to every other piece of fashion accessory. 2014 changed all of that. Baseball caps, floppy hats, panama hats, crystal-embellished knit hats, and logo beanies are all rated high on the chic radar. All manner of headgear have become in vogue again. But to style classicists, not to mention royals, hats have never really become out of style. Never underestimate the ability of hats to give your outfit some regal pomp or some street sass.

As far back as 3200 B.C., there is evidence that mankind wore hats. In fact it was in a Thebes tomb that a man wearing a straw hat was first seen. Early headwear was primarily for protection from the elements. 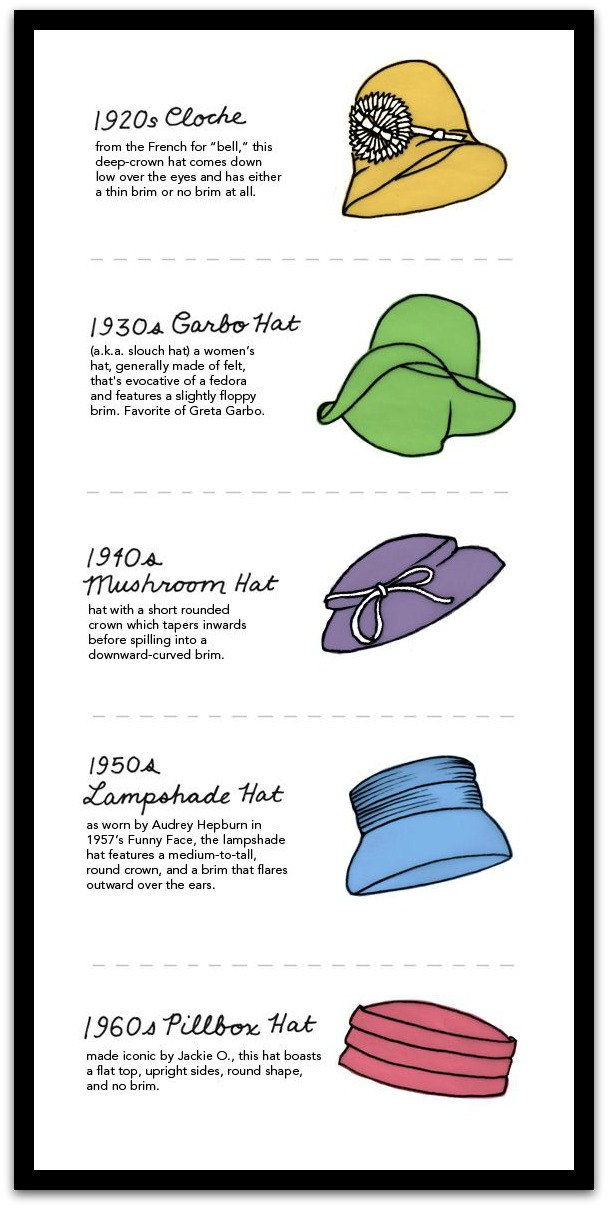 Milliners, otherwise known as hat makers are first recorded in 1529. They mostly catered to men’s fashion around 16th century. In the Middle Ages, the Church decreed that women should keep their head covered out of modesty and that led to the birth of hats as a fashion item.

During the 17th century, hats become ever more popular for everyday wear and women’s millinery started coming into its own. For the most part of that century till the end of the 19th century, bonnets adorned with floral trims, ribbons, and feathers were the only hat fashion for women. The 20th century was the explosion of women’s stylish headgear. From the 1920s cloche hat to the 1960s pillbox hat, that particular century saw the most trends and innovative women’s hat designs.

For most of the 20th century, hats were a relevant part of a woman’s ensemble. No woman was completely dressed, or stepped out of the house for that matter, without a crown topper. The interest in hats waned since then, and re-emerged in 2011 when scores of royal attendees donned fabulous fascinators and glamorous hats for the Kate Middleton and Prince William wedding. That brought ‘the hat’ back to the public’s attention, and now they’re back in the style spotlight; so in light of that I thought I’d write this week on how to wear a hat.

It’s just common sense to protect your noggin, right? Even our ancestors knew that. Serving as covering from the elements and protection from errant twigs or rocks, hats from our primitive forefathers (and mothers) have progressed leaps and bounds since then. During civilization, hats were considered a symbol of wealth and power. Just think of photos of royals from the Renaissance wearing some form of headgear. Even philosophers were rarely seen with their bare head.

Beyond utilitarian reasons, hats are the fashion accessory du jour for the more sartorially advanced. Why is that so? Well, when you’re wearing a hat, it is the first thing that people notice about you. Whether that’s a good or bad impression depends on how you carry yourself while wearing it. Hats are for those who are a little bit braver when it comes to dressing up. Hats are such attention-getting accessories that it can make or break your overall look. These head adornments, used to be how etiquette and femininity were expressed. Now, hats are the symbol of personal style and confidence. 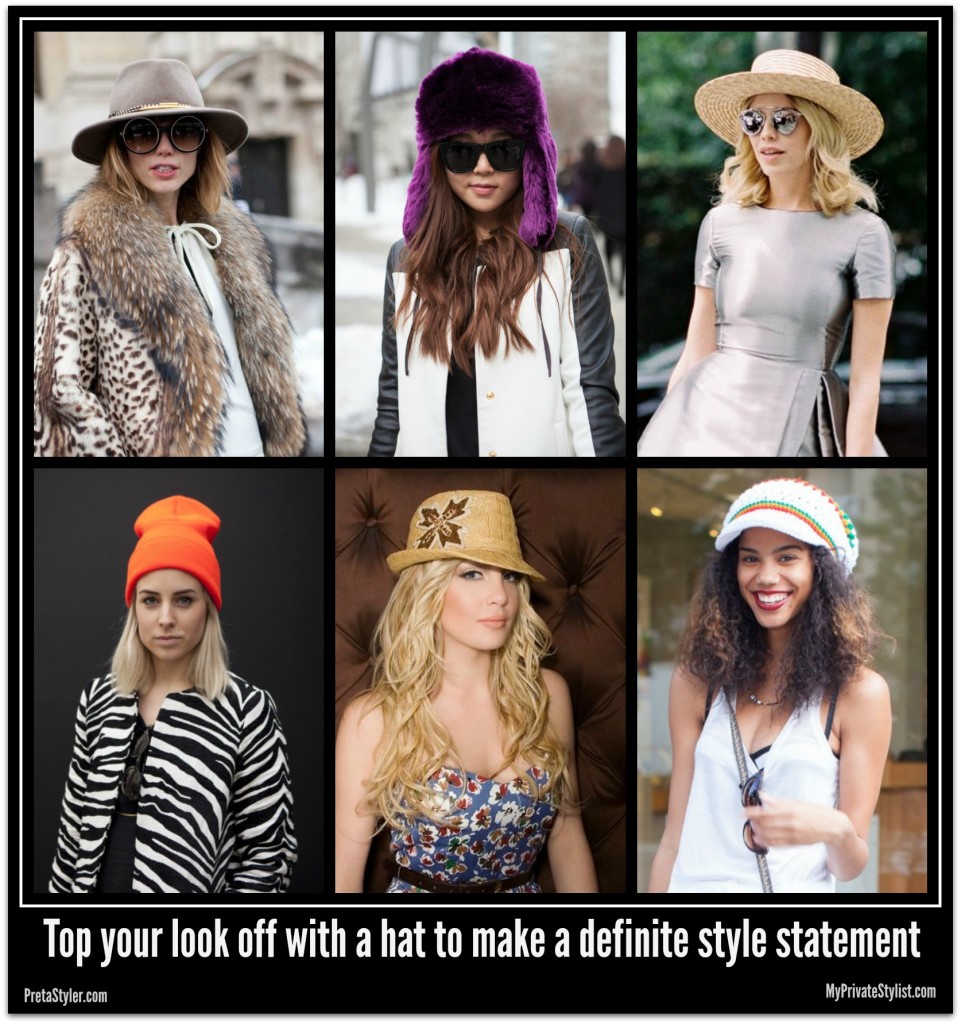 The first step in choosing the right hat for you is getting yourself measured for a hat. Your hat size is precisely the circumference of your head, measured right above the ear. Measurements of hats for women vary from every retailer or brand. When trying on hats at a store, do not hesitate to ask for assistance. You could be trying something on that isn’t the right size for you. As with everything, the right fit can make a world of a difference.

It is also worth educating yourself on the terms that milliners or haberdashers use. 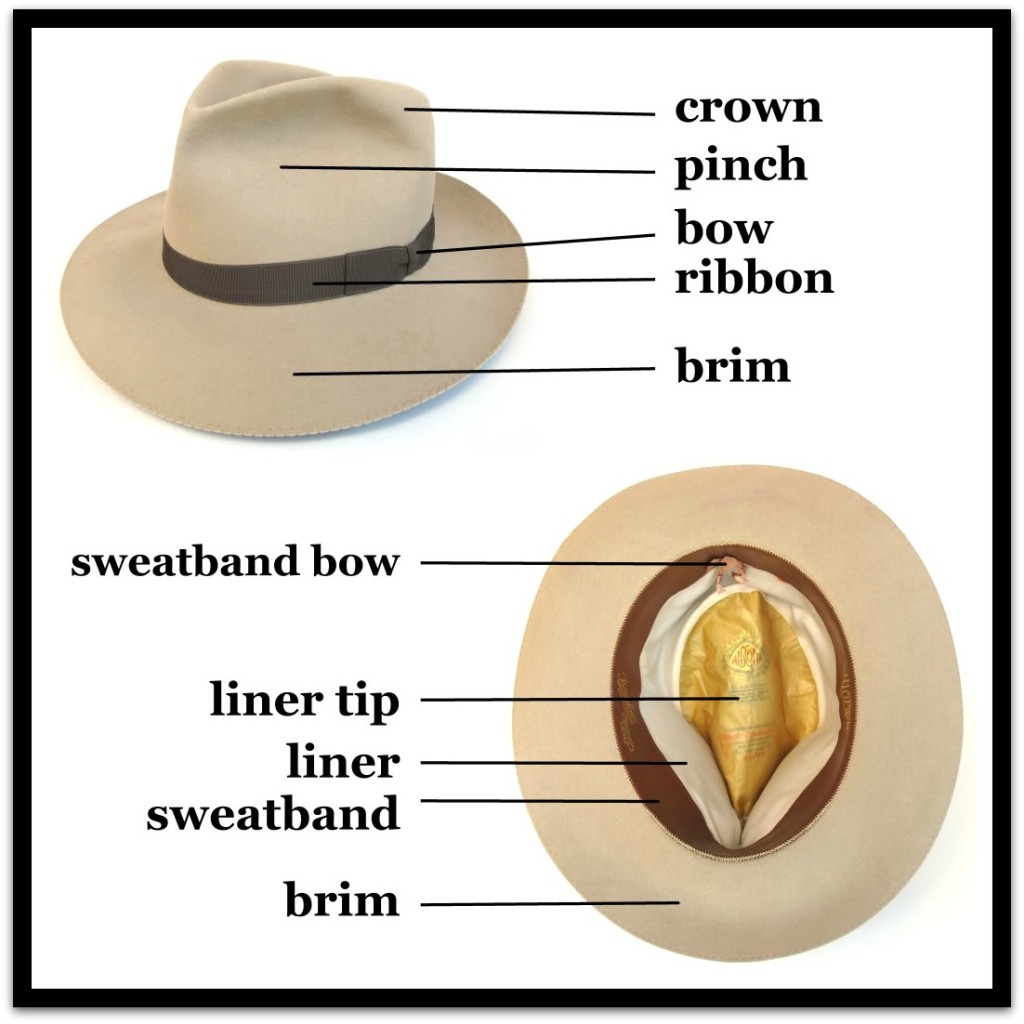 Now that you know the elementary parts of a hat, it’s time to learn some quick tips in choosing the right type for your face shape. 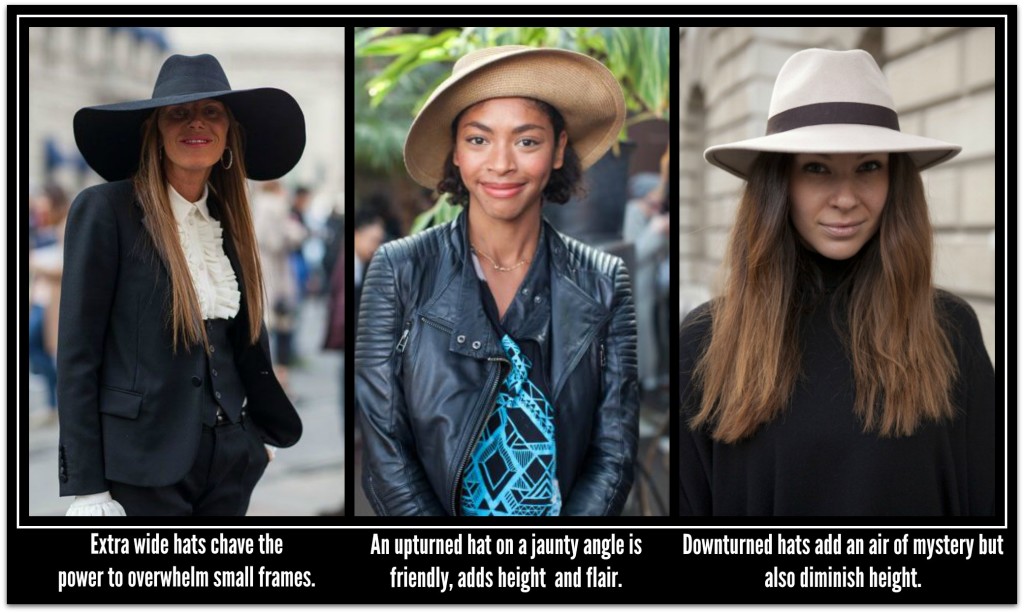 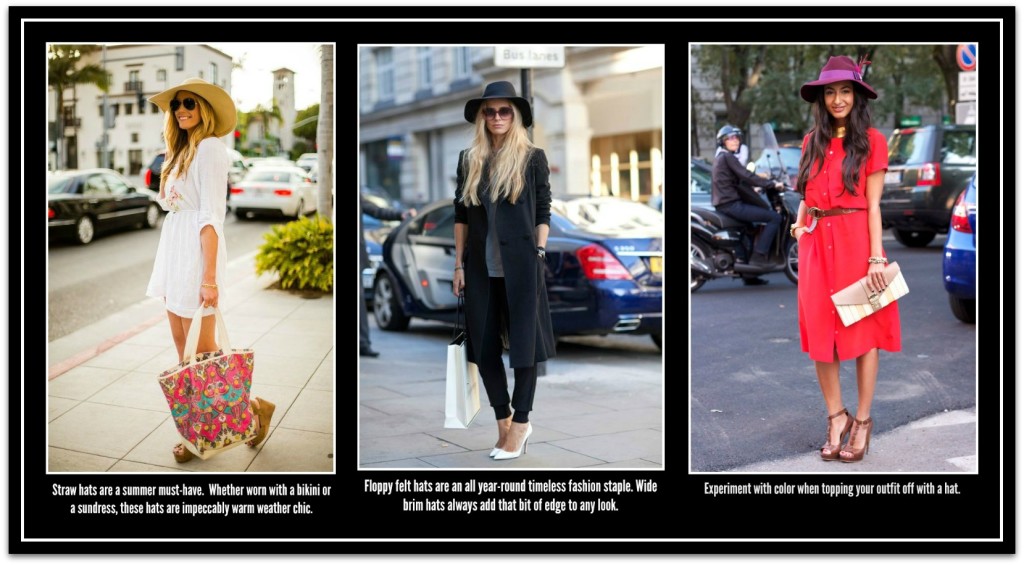 Hats are pretty much unfamiliar territory to most ladies so let me end with a few hat etiquette tips: